The Making of A King – Good Friday Message 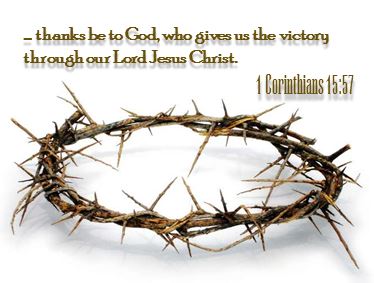 There is a great tragedy in the Universe of God’s Creation. It is the tarnishing of God’s glory. People made in the image of the Creator are fallen. The first man, Adam, who the Lord God brought to life by His breath, he and his descendants, live as children of disobedience (Ephesians 2:2). They are not friends of God, but enemies who are hostile to the Lord and His ways (James 4:4; Col. 1:21). They pridefully reject His Sovereign rule. They do not give Him thanks. They do not regard God as the benevolent source of all good.

Since the infamous day of rebellion in the Garden of Eden, Adam’s children walk according to the prince of the power of the air, under the power of the evil one who hates God (1 John 5:19). They are not a people who are from above, but they people from below (John 8:23).

They live life in the domain of darkness (Colossians 1:13-14). They exist in century upon century in a time known as this present evil age (Galatians 1:4). There is none righteous. Their throat is an open grave, and with their tongues, they keep deceiving. Their mouth is full of cursing and bitterness while their feet are swift to shed blood. Destruction and misery are in their paths and the path of peace they have not known (Romans 3:10-17). They are fools who are forsaken, condemned, and without hope.

It is a sad, heartbreaking situation. People are lost and captive. Unable to find their way out of their condemned existence, they wander as a people without a shepherd (Matthew 9:36). They lack a holy purpose. They are on a path leading closer and closer to a grave of eternal damnation. Their enemy holds them tightly in his grip of death and darkness in the wish that they perish forever.

The Creator God is in heaven. He is above while they are below. He is in a place of complete perfection while they live in brokenness, ruin, and decay. There is a great chasm separating them from His goodness and glory. The chasm is impassable.

Adam’s descendants are powerless. They have no wisdom or knowledge to bridge the gap to their Creator. None can find the pathway to righteousness and life. Who will save them? Who will lead them back? Is there a way for them to find their way back to their Creator to receive His loving care and protection? Is there the slightest possibility of hope when all hope is gone?

They need a mighty King to lead a rescue mission and bring them back to their Creator. They need a Savior who will defeat their enemies and release them from darkness and bring them to the light. Who is strong enough? Who is willing?

The Creator is love. He is glorious in His mercy and forgiveness. The Creator is all-wise and all-powerful and He devises a plan. He will send His Son.

In a glorious act of obedience and selflessness, the Son removes His garments of majesty. He steps down from His throne. He clothes Himself with humility and leaves holy eternity and enters the evil age of the fallen world.

Adam’s race does not recognize who walks among them. They ask to be saved but insist that He save them the way they think is best. They are unfamiliar with God’s righteousness. They do not know the power of obedience, humility, and holiness. They only know the way of the sword. They do not know of God’s sacrificial love.

The Son says I must obey the Father. I must deny myself and pick up my cross. He makes His way to Golgotha. Whipped, beaten, and scorned, He stretches out His hands and feet to receive the nails. He is put to shame as He is mocked and ridiculed by those He came to save. The Son becomes a curse as He renders Himself as a guilt offering. He becomes a blood sacrifice for all to see.

Transgressors are His companions in death. As He hangs in shame and sorrow, the sinless Son takes upon His soul every sin of Adam’s race. His Father turns His face away. His once perfect Son is no longer holy but covered with unrighteousness, transgression, sin, and the iniquity of God’s elect. The Father is pleased to crush the Son. The skies grow dark as night. Angelic beings watch as the Father turns His face away. The Son cries out with incredible sorrow and pain while the Father forsakes His Beloved Son and unleashes centuries of stored-up wrath upon the Son.

The Son says, “It is finished.”

A hush falls upon creation as the dead body of the Son is laid in a tomb, and a stone is rolled to seal the grave.

The Father speaks, and all those of Adam’s race who have ears to hear, listen.

The Father asks, “Did you see the crown of thorns and the sign above His head reading, the King of the Jews? He is Your Messiah. He is your Savior and King. My Son’s obedience is how the rebellion of your sin is overcome. The humility of My Son overpowers your pride and arrogance. He is the Prince of Peace who conquers quarrels, strife, fighting, and war. He offers forgiveness. He is your victory; the Captain of Your salvation. His blood washes away your sin. My Son demonstrates My love for You. Put your faith in My Son. Trust Him to bring you to Me. You are no longer without a Shepherd. Let His rod and staff guide you. He is the Way, the Truth, and the Life.”

“Because My Son is My servant and is willing to justify the many, I have allotted Him the inheritance of My Kingdom. He has first place in everything (Colossians 1:18). My wrath is satisfied by the anguish of His soul (Isaiah 53:10-12). Because my Son is obedient to the point of death, even death on a cross, I have highly exalted Him. Upon Jesus Christ, My Son, I have bestowed the name which is above every name, so that at the name of Jesus EVERY KNEE WILL BOW, of those who are in heaven and on earth and under the earth, and every tongue will confess that Jesus Christ is Lord (Philippians 2:8-11).”

Look at the cross. Jesus Christ is our Messiah; our Savior and King.