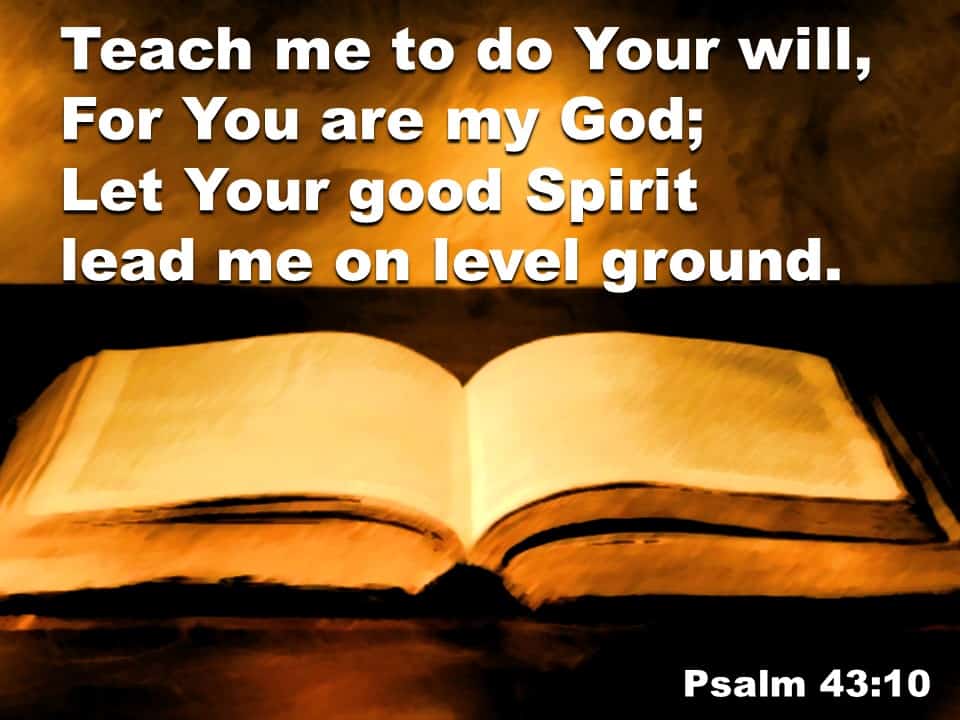 Sermon Title: Glorious Redemption Sermon Text: Psalm 19:12-14 Memory Verse: Psalm 143:10 MAIN IDEA: Humbly ask the Redeemer to make you an acceptable servant in His Sight Introduction: David and the Psalms God’s Glory Speaks God’s Glory Scorned God’s Glory Triumphs   NOTE: “Scripture quotations are from the NASB." This manuscript is provided as a courtesy and is not intended for publication. The audio and video message differs from the manuscript. Thanks for understanding.

Introduction: David and the Psalms

King David is a significant figure in history. When we hear his name, what sort of things about him come to mind? We know of his father, brothers, and work as a shepherd boy. We know how he is a triumphant brave warrior who overcomes Goliath and leads the army of Israel over their enemies. We read of David’s wives and children. His sin and failure are plainly in view for all of us to see (Imagine having your life written down in a book for millions and millions of people to read about and study.) And, we know he is in the lineage of the Messiah, and God promises his throne to be eternal. We don’t always think of David as one of the greatest song writers in history. He wrote songs as a shepherd boy and became famous enough among the Israelites to be called in to play music to soothe the troubled King Saul. The Psalms of David are among the most cherished of all songs. How many times have we been comforted by Psalm 23 in the death of a loved one? How many times have we turned to Psalm 139 for encouragement? Do we ever think of David as among most important Biblical writers? Neuroscientists complete studies about brain mechanisms and memory. They all agree that information set to music is much easier to remember.[1] Because of this, it makes for a compelling argument to say that of all the doctrine in the Bible, it may be that our Creator, the One who made music and our brain, wants us to remember the Psalms above all things. David is the author of 76 of the 150 Psalms. Perhaps God wants us to think about Him the way David does (not live like David, but express our feelings for God as David does). Jesus says that out of the abundance of our heart, our mouth speaks (Matthew 12:34). It is in the Psalms we hear David’s heart for God. He expresses profound affection for God and a deep-seated belief that God is very good. Listen to a few examples. You are my Lord; I have no good besides You. (Psalm 16:2) As for me, I shall behold Your face in righteousness; I will be satisfied with Your likeness when I awake. (Psalm 17:5) I would have despaired unless I had believed that I would see the goodness of the LORD in the land of the living. (Psalm 27:13) You have turned for me my mourning into dancing; You have loosed my sackcloth and girded me with gladness (Psalm 30:11) … those who seek the Lord lack no good thing (Psalm 34:10) For as high as the heavens are above the earth, so great is His lovingkindness toward those who fear Him. As far as the east is from the west, so far has He removed our transgressions from us. (Psalm 103:11-12) David expresses his love and yearning for the Lord beautifully. God is David’s Strong-Tower, Rock, Provider, Deliver, and Savior. The Psalms teach us how we are to think about God in our times of pain, sorrow, despair, loneliness, discouragement, joy, blessing, delight, fear, or anger. Psalms express deep theology because they touch us where we need to be touched the most; they touch our heart. Psalms are fittingly described by Hebrews 4:12, the Psalms are “living and active and sharper than any two-edged sword, and piercing as far as the division of soul and spirit, of both joints and marrow, and able to judge the thoughts and intentions of the heart.” The goal this morning is that we read Psalm 19, not only with our mind but with our heart. We want to think and feel the glory of God. Our desire is the Psalm touches our soul, mind, heart, and our eyes and brings us to fear the Lord and to call upon Him for our salvation.

The Psalm is written to make us think deeply. The intent of Psalm 19 is to have us look at life from the zoomed-out big picture and see the evidence of the glory of God. King David, filled with God’s Holy Spirit, looks up at the stars and sees God’s glory speaking in the heavens. The heavens unceasingly pour forth speech of God’s power and wisdom day after day and night after night. Every inch of the earth hears the heavens speak of the glory of God. David sees the sun rise and set every day. He feels its heat, and he knows of the suns incredible strength. As King of Israel, he is powerful. But, as a man, David is awestruck and feels very small because of God’s handiwork. To express his adoration and feelings, David writes verses one through six of Psalm 19. Not only do the heavens speak, but God’s Word speaks of His glory. David listens to the Torah. He reads about God’s account of creation, the judgment and destruction of Sodom & Gomorrah, the deliverance of God’s people in Exodus, the giving of the Law on Mount Sinai, and much more. The Word speaks of God’s glory to reaching beyond the heavens. Only a perfect God may write a perfect Law. It takes an all-wise God to write words making the simple wise. A glorious, joyful God speaks rejoicing to the downcast heart. The righteous Judge makes right judgments. A God of mercy and lovingkindness speaks restoration to the soul. The revealed Word of God, is perfect, sure, right, pure, clean, and true. It is more desirable than any other thing; even more valuable than fine gold or honey. To disobey the commands of God brings curse and destruction. To keep the Word brings promises of blessings. David ponders these truths and pens verses seven to eleven. God’s glory speaks in the heavens, and God’s glory speaks in God’s Holy Word. David intends for his subjects to obey the Lord God for He knows, “Blessed is the nation whose God is the LORD” (Psalm 33:12). Psalm 19 instructs God’s people that they are to fear the Lord. David desires for God’s people to listen to the heavens pour out speech and feel the heat of the sun as they express God’s unrelenting glory and majesty. God’s people are to read God’s Word and know He is the perfect Judge, filled with truth, and the Sovereign Lord. In the Psalm, the people of God must know that God is Lord and we are servants created to fulfill His purpose and plans.

King David speaks of himself in the last three verses. After hearing the heavens speak of the power of the Creator of the universe and listening to the holy Word of God calling to perfect obedience to God’s commands, he is brought to a place of great fear and trembling. David understands that sin scorns the glory of God. As the psalm proclaims, we have errors, hidden faults, and presumptuous sins. The sin of error is to sin by mistake because we do not know any better. It is an unintentional sin. We break God’s law, but we didn’t mean to do so. Manslaughter is accidental. It is not the same as murder, which is intentional, but still, requires punishment. Hidden faults are sins we don’t know we are committing. When we consider the holiness of God and compare that to our fallen nature, we can’t help but wonder how many sins we commit without even realizing we have committed them. Presumptuous sins are the worst of all sins. Presumptuous sins are when we intentionally, knowingly, sin against God. All sin is grievous, but to sin on purpose is worse. We might as well look God in the face and say, “I see Your handiwork, and I don’t care. I read Your commands, and I don’t care. I will do whatever I like.” Presumptuous sins are blaspheming the Lord because they defy God blatantly. 27 ‘Also if one person sins unintentionally, then he shall offer a one-year-old female goat for a sin offering. 28 The priest shall make atonement before the Lord for the person who goes astray when he sins unintentionally, making atonement for him that he may be forgiven. 29 You shall have one law for him who does anything unintentionally, for him who is native among the sons of Israel and for the alien who sojourns among them. 30 But the person who does anything defiantly, whether he is native or an alien, that one is blaspheming the Lord; and that person shall be cut off from among his people. 31 Because he has despised the word of the Lord and has broken His commandment, that person shall be completely cut off; his guilt will be on him.’” (Numbers 15:27-31) Presumptuous sins presume upon God’s grace and forgiveness. We commit them thinking we will sin, but we know God will forgive us. We trust in God’s grace. When we sin, we know grace abounds. The Apostle Paul teaches on this in his letter to Rome. He writes, What shall we say then? Are we to continue in sin so that grace may increase? May it never be! (Rom. 6:1-2) Here’s the bottom line, every person reading this Psalm is guilty of being in rebellion to God. We don’t sin because we must. Nobody says, “I don’t want to sin, but I think I really should.” We sin because we want to sin. Sinners scorn the glory of God. We see the holiness of God, and we say it is not for me. We look upon the greatness of God’s power and defy His commands. We hear of God’s promise of blessing, and we don’t trust Him but turn to find other sources of joy. We look in the face of an all-knowing, holy, eternal Judge and show no respect for His justice. What does God’s Word say about sinners? Don’t be deceived. It is because of sin the wrath of God comes upon those who disobey His commands. It is a fearful thing to fall into the hands of an angry, holy, and just God. God’s wrath as a cup from which sinners will drink. The Bible says they will drink it to the very dregs, which is the sediment residue at the bottom. Sinners will feel every drop of God’s righteous anger and will suffer eternal weeping and gnashing of teeth. King David is guilty. Every Israelite is guilty. All of us are guilty. God’s Word proclaims, “In God’s sight no man living is righteous” (Ps. 143:2). The Apostle Paul summarizes our guilt like this: There is none righteous, not even one; There is none who understands, there is none who seeks for God; all have turned aside, together they have become useless; there is none who does good, there is not even one.” (Romans 3:10-12) Let’s stand in King David’s shoes. Being the most powerful man in Israel will not save him. All the gold in the national treasury will not give an escape from God’s wrath. The mighty army at his command doesn’t stand a chance at fighting off the heavenly hosts at God’s command. There is no lawyer able to convince the Judge of our innocence. David stares in the face of eternal condemnation, and we share the same fate. We are unable to save ourselves. We have but one hope.